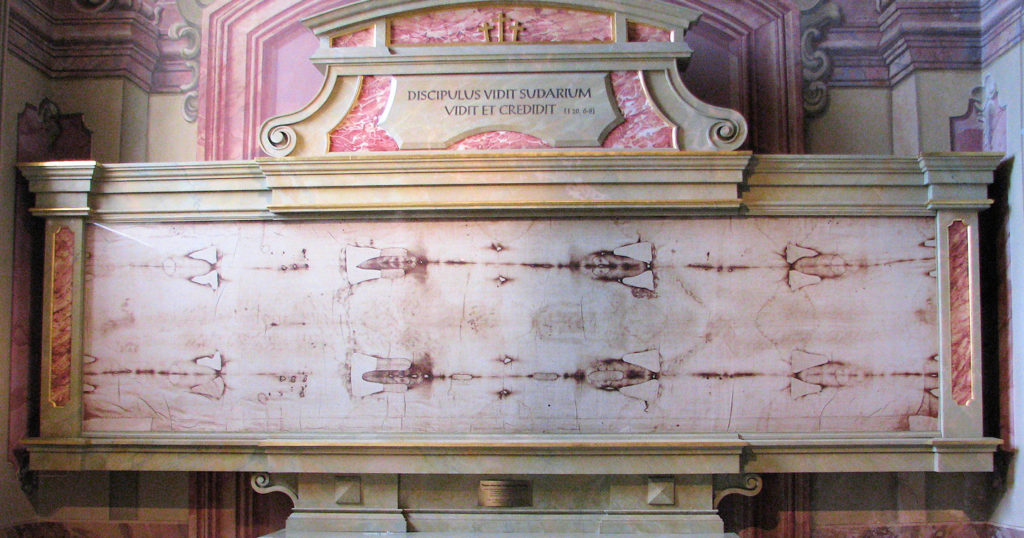 Hundreds of thousands of hours have been spent on looking for scientific evidence or evaluation of the Shroud of Turin in an effort to identify its enigmatic markings. While many people assert it is a forgery, none of these skeptics seems to be able to describe exactly how it was done. Plus the tremendous bulk of the evidence falls in support of it being the authentic funeral cloth of a crucified man who happened to experience the same tortures Jesus endured, as defined in the Gospels.

Let’s recognize right from the opening “the elephant in the room”– the 1988 Carbon 14 test that dated the Shroud to around 1300 AD. This dating appeared to end the question of genuineness, yet the precision of the examination has entered into question for many scientific reasons, and today several researchers consider it flawed.

Further weakening the precision of the C14 dating is the frustrating body of scientific evidence strongly leading to the Shroud of Turin’s authenticity. 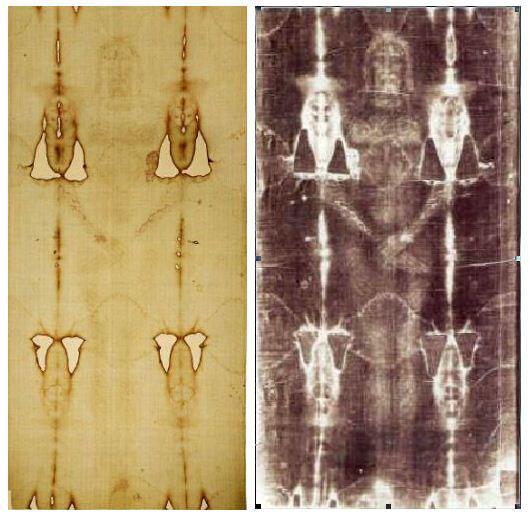 The scientific evidence points to the impossibility that the Shroud of Turin is a middle age’s imitation. Rather than listing what the details show, let us look at a brief meditation of what the Shroud tells us about the hours before Jesus was laid in the tomb. 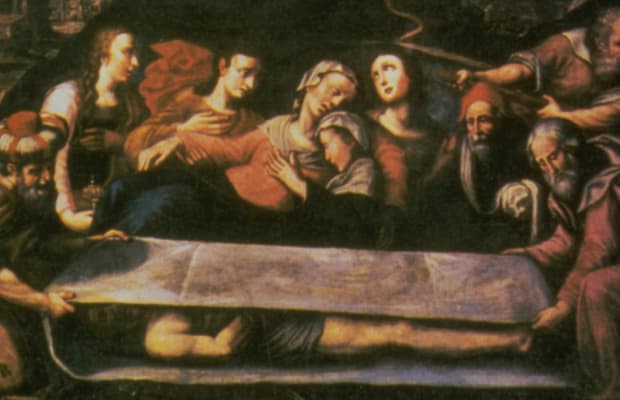 Before being taken to die, Jesus was stripped and flogged, the flagrums tipped with blunt and sharp objects, bruising His flesh and then tearing it into shreds. Every inch of His body was battered and covered in wounds. Then His beaten and battered head was covered with a helmet of thorns. The soldiers did not want to handle those sharp thorns long, so a quick twist of some branches, and it was placed on His head and embedded deeply into His scalp by beating Him over the head with rods (Mark 15:17-19).

Placing His clothing back on Him after the flogging, they forced Him to carry the entire 150-pound Cross Himself. Standing as erect as He could under the weight of the Cross and the loss of blood, He struggled forward. The heavy wood dug into His shoulder, rubbing the fabric of His tunic deeply into the wounds from the flogging and banging against the thorny crown, sending stabs of pain into His head. Once, tripping and falling on His face with the Cross on top of Him, His chest struck the ground hard and His arm twisted, entangled in the cross, wrenching it severely out of its socket. The Cross crushed the back of His neck and shoulders, shocking and partially paralyzing them so that His head now sagged to the right and His right side was useless. Heartless soldiers pulled Him up by His dislocated arm and forced Him to carry the Cross now on His left shoulder. Bent over now with pain and weakness, His right arm swinging helplessly by His side, He staggered on.

Finally on Golgotha, Jesus’ clothes were ripped off Him, tearing open the wounds that had begun to cling to the fabric. Throwing Him down on the Cross, the soldiers nailed His helpless right arm, already stretched and distorted from the damage to the nerves and ligaments of severe dislocation. Jerking His other arm violently, they pulled it tightly against the beam and nailed it in place, again severing nerves and sending excruciating shock waves through His bloodied body. With arms in place, they turned their attention to the feet.

Grabbing His right foot, they twisted it violently, dislocating the ankle to make His foot lie flat sideways against the wood, then nailed through the ankle bone. Then they placed the left foot on top and sent another nail through both feet into the wood of the Cross.

Raising the Cross with ropes, they slid it into the premade hole in the ground and it landed with a jolt, stretching the holes in Jesus’ wrists and sending waves of agonizing pain through His tormented body.

Jesus’ head, now completely covered with blood, sagged to the right. The agony of the severed nerves, the dislocation, the nails, and the thorns were magnified by His excruciating struggle for each breath. After several hours of gasping for air, He had a massive heart attack—Jesus died of a broken heart.

Between Death and Resurrection

The spear that pierced Jesus’ heart proved He was already dead, and by the time they took Him down from the Cross, rigor mortis had begun to set in. His head slumped onto His chest and His knees were bent. Great effort was needed to break the rigor of His arms to fold them over His body and straighten His head. Pulling out the nails began a new flow of whatever blood remained in the veins, puddling as it dribbled down His elbows and onto the cloth they had laid Him on. Removing the crown, those who were burying Jesus covered His head with a cloth, which absorbed much of blood on His battered face, but since they could not touch post-mortem blood, they had to leave on His body whatever had flowed out after He died.

When they reached the tomb, Jesus’ body was placed on a bed of perfumed spices, the head cloth removed, and the shroud folded over Him and loosely wrapped with a thin strip of linen. This gentle but hurried burial was needed because the Sabbath was upon them. They left His stiff, dead corpse, wrapped in pure linen, and rolled the stone over the entrance.

We are the Easter People

As we know, this was not the end of the story. Jesus is risen! After the agony of His passion and death, in His risen state, all His wounds were healed but those on His hands, feet, and heart, so that His disciples would recognize Him and believe (John 20:20).

The Shroud of Turin holds scientific evidence of Jesus’ resurrection to a doubting world (John 20:6-9). People of faith do not need relics in order to believe. But the Lord, in His mercy, knows that sometimes we could use a little help. The Shroud of Turin, is a reminder of God’s infinite love for each one of us.