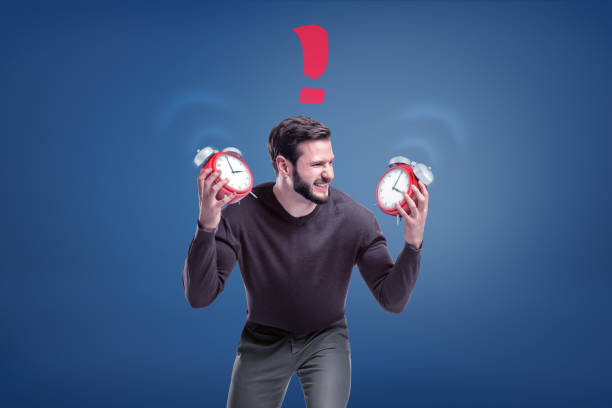 Do not make the mistake that even or evening in the Bible has the very same definition as it does today. Doing so will obscure the total and correct definition of the text. Regrettably, this is the mistake made by a lot of translators, scholars, pastors and laypersons. We know that this concept will sound new to most but do hear us out as we provide exegetical evidence for Biblical times having two evenings!

In the Bible, there are 2 evens in every single day. When the sun reaches its peak in the sky, which is high noon, it is then no longer rising up or waxing. The sun then starts to come down or wane. This is the very first even in a day. When the sun sets, despite the fact that there might be up to half an hour of daytime available, the 2nd even of the day has actually taken place. “Between the evenings” or “in the evening” are used interchangeably. It is the time interval between these 2 evens. To put it simply, “between the evenings” is between twelve noon and sundown. There is no afternoon in biblical time keeping, that duration of the day is called evening or “between the evenings.” If a reference has been incorrectly made to afternoon (eg. KJV Judges 19:8), it is due to the fact that the text has actually been modernized to our present day idea of afternoon.

For that reason, we find exegetical evidence throughout all Biblical times and particularly with the Hebrews, at any time between twelve noon and sundown was thought about to be “in the evening.” In our modern-day society in America, we think of evening as the time between sundown and bedtime. We actually do not know when our evening ends, and our evening end might be different for various folks. However Biblically, an evening is remarkably specific: it is between the time the sun starts to wane in the sky and when the last sliver of the disk of the sun vanishes below the western horizon. 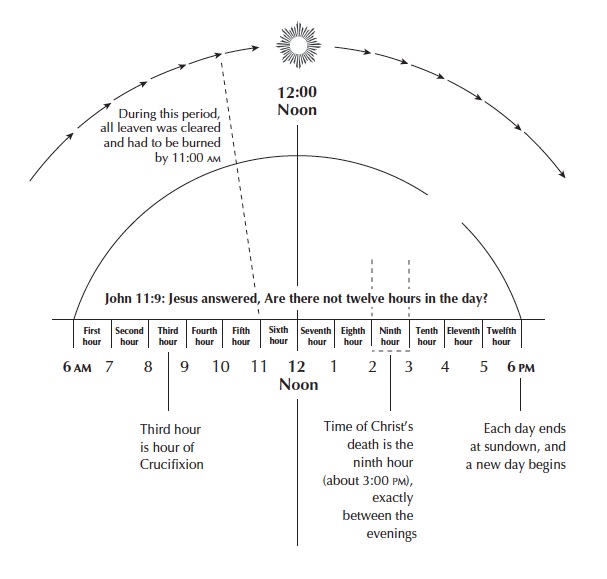 Part of the confusion comes from the flexible meaning of the English word “evening,” for which most dictionaries include a definition of the “early part of the night.” Notice how the six English translations below give six variations (in boldface) of what began as the Hebrew phrase meaning “between the evenings”:

KJV Exodus 12:6 And ye shall keep it up until the fourteenth day of the same month: and the whole assembly of the congregation of Israel shall kill it in the evening.

NAS Exodus 12:6 ‘And you shall keep it until the fourteenth day of the same month, then the whole assembly of the congregation of Israel is to kill it at twilight.

LXE Exodus 12:6 And it shall be kept by you till the fourteenth of this month, and all the multitude of the congregation of the children of Israel shall kill it toward evening.

YLT Exodus 12:6 ‘And it hath become a charge to you, until the fourteenth day of this month, and the whole assembly of the company of Israel have slaughtered it between the evenings;

NAB Exodus 12:6 You shall keep it until the fourteenth day of this month, and then, with the whole assembly of Israel present, it shall be slaughtered during the evening twilight.

JPS Exodus 12:6 and ye shall keep it unto the fourteenth day of the same month; and the whole assembly of the congregation of Israel shall kill it at dusk.

We need to be aware of how the Jews comprehended this Hebrew expression and how they passed it down to succeeding generations, while obviously presenting the greatest weight to the original God-anointed Hebrew and Greek scriptures of the Bible.

So, each time you see even or evening in the Bible, you need to discern by the context, which even or evening is being mentioned. Ask yourself, how long does the sun go down? If it begins going down at twelve noon, then it has to continue to go down for the remainder of the day, until it has actually set – which is sundown. This is why, in Biblical time keeping, evening ereb ערב starts at twelve noon and continues for the remainder of the day. This is why even/evening ereb ערב can signify one of 4 things:

(3) any time between noon and sundown, or

(4) the entire period between noon and sundown.

Overlaying our English understanding of “evening” or “even” with its various shades of meaning onto the Hebrew and Greek scriptures can cause problems. We see this, for instance in Mark 1:32:

Mark 1:32 KJV, “And at even (Strong’s G3798 apsios οψιος), when the sun did set, they brought unto him all that were diseased, and them that were possessed with devils.”

The parallel passages are Matthew 8:16 and Luke 4:40. This verse begs the question: If even indicates sundown and absolutely nothing else, then why include the time marker “when the sun did set”? It is believed that this remark is included so that the time of day mentioned was much better pinpointed. After all, it might have been the noontime even. However we are informed that it is the sundown even being mentioned. This verse supports the concept that even can indicate sundown, as revealed previously in this article.

Without a correct understanding of “between the evenings” and that a day has 2 evens in one day, then one is perpetually subject to mistakes when attempting to determine what some Bibles verses say and correctly indicate. One can not recognize when the term even suggests sundown has actually taken place or when the term even suggests noontime has actually taken place. This is extremely crucial in identifying when a day starts and when a day ends. It is extremely essential when counting the days and nights between the crucifixion and the resurrection.

When appealing to non exegetical evidence such as in the Works of Josephus, 12th printing of August 1996, page 749, “The Wars of the Jews”, book 6, chapter 9, section 3 (6.9.3), it specifies: “So these high priests, upon the coming of their feast which is called the Passover, when they slaughter their sacrifices, from the ninth hour till the eleventh …”. If we approximate a 6 AM sunrise and a 6 PM sunset, the start of the ninth hour is 2 PM, between the evenings. In Hebrew society, at that time, the counting of the hours started at sunrise. The very first even is twelve noon (the start of the 7th hour) and the 2nd even is sundown (the end of the 12th hour), and between the evenings is from 12 PM to 6 PM. Midway between the evenings is the start of the tenth hour or 3 PM, the midpoint between 12 PM (noon) and 6 PM (approximate time of sundown).