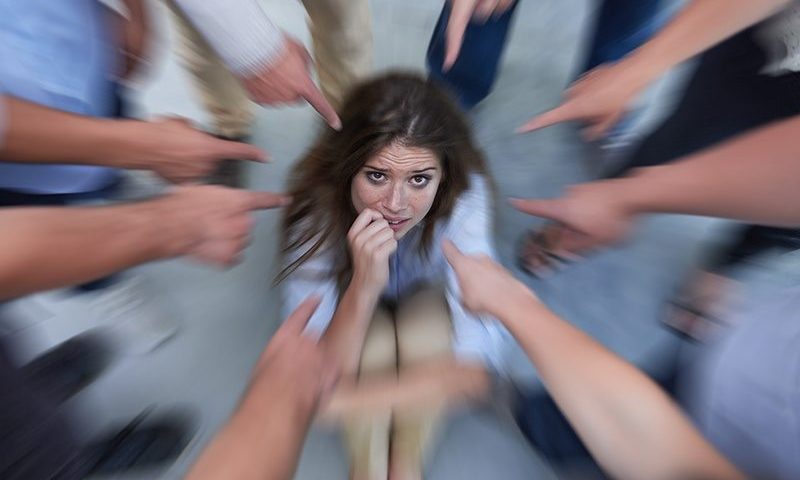 What is the exegetical evidence for the ultimate scapegoat in history? Before answering that question, answer this. Were you at any time mistakenly condemned for something you really did not do? For this reason, you were a scapegoat – a person or group of people made to bear the blame for others or to suffer in their stead.

If so, you find yourself in good company. Famous scapegoats in past history are plentiful. For instance, Rasputin was criticized for the Russian Revolution as well as the destruction of the Romanov empire. Yoko Ono was vilified as triggering the separation of the Beatles. And last but not least, the sinking of the Titanic was credited entirely to J. Bruce Ismay, the chairman and also managing director of the White Star Line even though several folks as well as conditions contributed to the maritime catastrophe.

Nonetheless, the exegetical evidence for the ultimate scapegoat in history is the very best news ever.

Though the word scapegoat is for a person wrongly blamed for something, the origin of the word comes from an actual goat in the Bible.

“Aaron is to offer the bull for his own sin offering to make atonement for himself and his household. Then he is to take the two goats and present them before the Lord at the entrance to the tent of meeting. He is to cast lots for the two goats—one lot for the Lord and the other for the scapegoat. Aaron shall bring the goat whose lot falls to the Lord and sacrifice it for a sin offering. But the goat chosen by lot as the scapegoat shall be presented alive before the Lord to be used for making atonement by sending it into the wilderness as a scapegoat. (Leviticus 16:6-10) 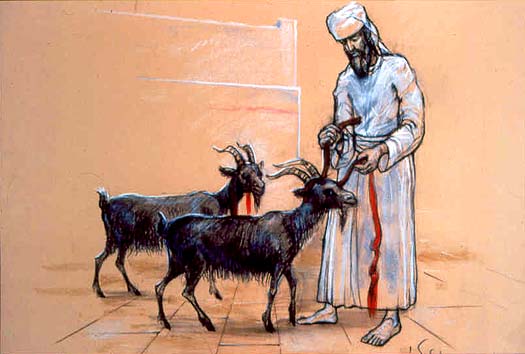 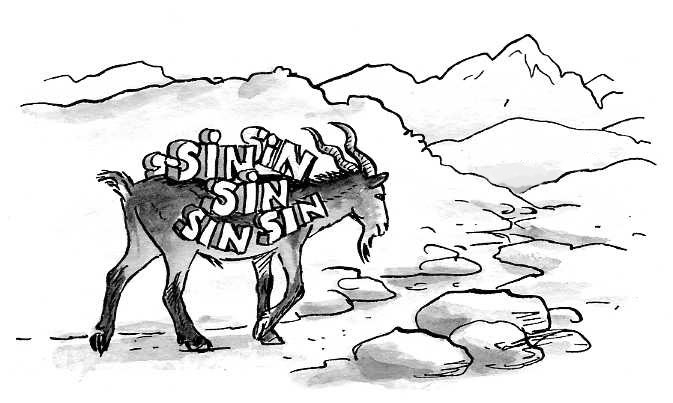 The Jewish people repeated the ritual of the sacrifices together with the scapegoat yearly on Yom Kippur. Never ending. One year after another. Nevertheless, exegetical evidence for Jesus being the ultimate scapegoat is the best news ever. Jesus is comparable to both goats. He was the blood sacrifice by His death on the cross, the sin offering. However He even took the sins of the entire world away Himself as the scapegoat. Once and for all.

One must understand that both are symbolic and points to Jesus’ 2 roles in His sacrifice as payment for our sins as well as the taking away of that sin.

When two men appeared before Pilate, one to be crucified and one to be set free, he did not realize the significance that the two men had the same name. (Barabbas called Jesus Barabbas in some Bible translations) Both Jesus and Barabbas bore the name “Son of the Father.”  (In Hebrew Bar means son of and Abba means father.) So, two men, identical in name, presented to Pilate. Comparable to the two goats presented to the High Priest on Yom Kippur.  (Mark 15:6-11) (Matthew 27:15-17) 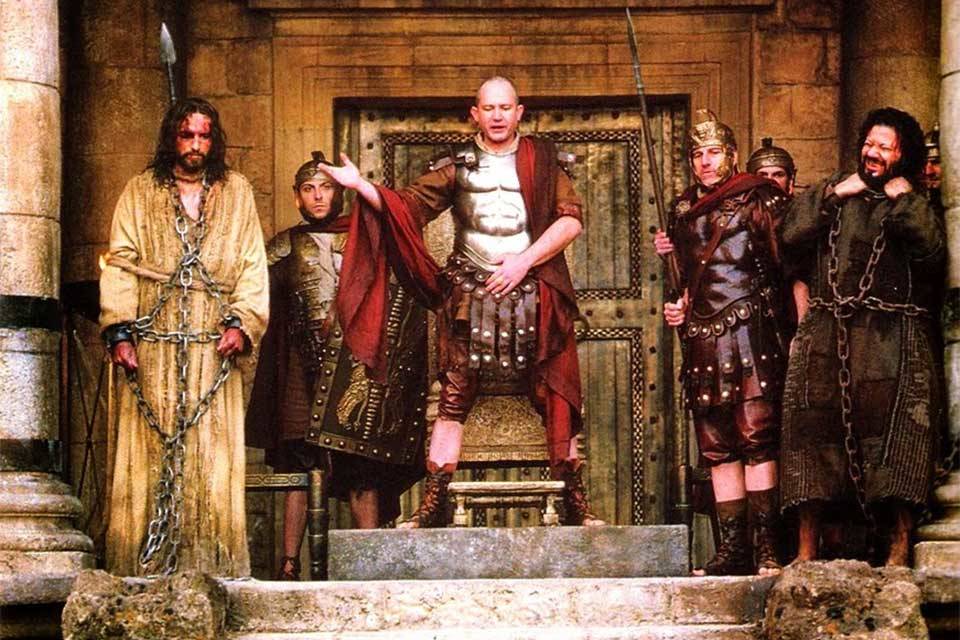 Moreover, the High Priest Caiaphas believed it best to sacrifice Jesus to spare the people from the Romans. Nevertheless, he did not realize Jesus came down to earth as a human, identical to us, to end up being the ultimate scapegoat. To die for the people, not to save the people from Roman tyranny but to save all humanity from their sins.

Then one of them, named Caiaphas, who was high priest that year, spoke up, “You know nothing at all! You do not realize that it is better for you that one man die for the people than that the whole nation perish.” (John 11:47-50)

As a consequence, much like the two identical goats chosen on Yom Kippur; 2 condemned men with the name “Son of the Father.” One man– Son of God the Father– came down to earth as a man identical to us. Beaten, tortured, sacrificed, and also crucified for the sins of all people. And the other one called Barabbas set free. Due to the fact that Jesus came to be the last scapegoat and sacrifice, we likewise are free. Free from shame as well as guilt. Free from eternal death.

What’s also truly amazing can be found in the following verse.

“Now it was the governor’s custom at the Feast (Passover) to release a prisoner chosen by the crowd.” (Matthew 27:15)

Our amazing God has planned out centuries of history and customs to arrive at this very point where both Jesus and Barabbas were presented in front of the Roman governor only to have it fall on ONE SPECIFIC DAY (for both the Roman gentiles and the Jews) where the governor was obligated to set one of the “goats” free! How amazing is that!?

Above all, we will never be good enough on our own. Never. We cannot earn our salvation. No matter how hard we work at it.

For it is by grace you have been saved, through faith—and this is not from yourselves, it is the gift of God— not by works, so that no one can boast. (Ephesians 2:8-9)

To conclude, we have shown you exegetical evidence that by grace, Jesus came to be the ultimate scapegoat and sacrifice. He came to planet as a man, human in every way. For that reason, we are identical to Jesus. Barabbas carried the name “Son of the Father.” Jesus died in his place and likewise in our place.

It’s not just good news, however it’s additionally the very best news of all time!

..for all have sinned and fall short of the glory of God, and all are justified freely by his grace through the redemption that came by Christ Jesus. (Romans 3:23-24)

But God demonstrates his own love for us in this: while we were still sinners, Christ died for us. (Romans 5:8)