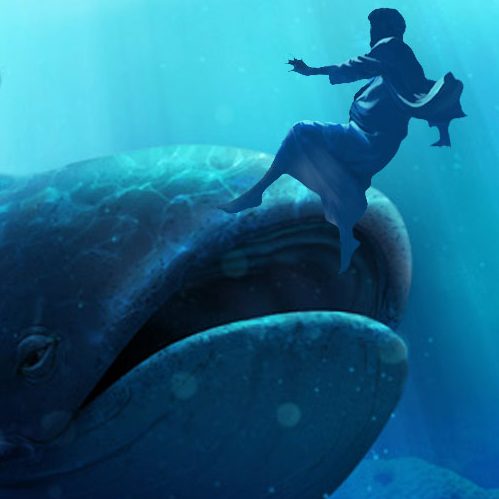 This is where contemporary scholars frequently fall silent. Indeed, many admit that they aren’t certain what Scripture is being talked about when it is said that Jesus was raised on the third day “in accordance with the scriptures” (1 Corinthians 15:4). If you return to the Old Testament, there is no specific prophetic evidence of the Messiah being resurrected on the third day. The closest you get is possibly an obscure passage from the book of Hosea, which mentions a group of individuals (“we”) being raised up to life “on the third day” (Hosea 6:1 -2). The problem with citing this passage is that it seems to refer to the resurrection of the people of Israel, employing the image of returning to life to illustrate the regathering of the twelve tribes (see Hosea 5– 6).

So what Scripture is Jesus’ resurrection on the 3rd day supposed to fulfill? So, as to address this, we have to go back to the teachings of Jesus. In the Gospels, there is only one passage from Jewish Scripture that Jesus points out as a direct prophetic evidence of His resurrection on the third day: the so-called sign of Jonah (Matthew 12:38 -41; Luke 11:29 -32). Consider Matthew’s account:

Then some of the scribes and Pharisees said to him, “Teacher, we wish to see a sign from you.” But he answered them, “An evil and adulterous generation seeks for a sign; but no sign shall be given to it except the sign of the prophet Jonah. For as Jonah was three days and three nights in the belly of the whale, so will the Son of Man be three days and three nights in the heart of the earth. The men of Nineveh will arise at the judgment with this generation and condemn it; for they repented at the preaching of Jonah, and behold, something greater than Jonah is here. (Matthew 12:38-41)

What is the significance of this strange “sign of Jonah”? And what does it have to do with the resurrection of the Son of Man after 3 days in the “heart of the earth?”

Actual confession: for years, when I read this passage, I got off rather underwhelmed. I always feel like the comparison between Jonah remaining in the belly of the whale for three days and the Son of Man being in the “heart of the earth” for three days was rather forced. Do not get me wrong– I got the parallel: three days and three nights. However this didn’t appear to me to be the most impressive prophetic evidence of the resurrection you could think of. Furthermore, many readers find the story in the book of Jonah to be so unbelievable. How could anybody literally stay alive for “3 days and 3 nights” in the belly of a whale?

And then one day I went back and actually read the book of Jonah, meticulously, and in its authentic Hebrew. And do you realize what I discovered? I discovered that the issue wasn’t with Jesus; it was with me! For if you read the book of Jonah carefully, you will discover something interesting. The author of the book never ever claims that Jonah remained alive for three days and three nights in the whale. Sure, that’s what all the kids’ Bibles and films and sermons say, however not the text itself. In fact, it quite clearly says that Jonah died and went to the realm of the dead. Don’t take my word for it; go back and look for yourself, without avoiding Jonah’s prayer like most of us do:

And the Lord appointed a great fish to swallow up Jonah; and Jonah was in the belly of the fish three days and three nights. Then Jonah prayed to the Lord his God from the belly of the fish, saying,
“I called to the Lord, out of my distress, and he answered me; out of the belly of Sheol I cried and thou didst hear my voice. The waters closed in over me, the deep was round about me; weeds were wrapped about my head at the roots of the mountains.
I went down to the land whose bars closed upon me for ever; yet you brought my life from the Pit, O Lord my God. When my soul fainted within me, I remembered the LORD; and my prayer came to you, into your holy temple.”
And the Lord spoke to the fish, and it vomited out Jonah upon the dry land.
Then the word of the LORD came to Jonah the second time, saying, “Arise, go to Nineveh, that great city, and proclaim to it the message that I tell you.” So Jonah arose and went to Nineveh, according to the word of the LORD. (Jonah 1:17–3:3)

Observe 3 key points here. First, when Jonah states that he cried out to God from “the belly of Sheol” and “the Pit,” these are standard Old Testament terms for the realm of the dead (Psalm 139:7 -8; Job 17:13 -16; 33:22 -30). Second, when Jonah states that his “soul” (Hebrew nephesh) fainted within him, this is another way of saying that he died. In other words, Jonah’s prayer is the last gasp of a dying man. Thus, when the fish vomits Jonah out onto the land, it is vomiting up his carcass. Lastly, with all this in mind, notice what God’s very first word to Jonah is: “Arise” (Hebrew qûm). This is the same Semitic word that Jesus uses when he raises Jairus’ daughter from the dead and says to her: “Talitha cumi,” meaning “Little girl, I say to you, arise” (Mark 5:41). In other words, the story of Jonah is the story of his death and resurrection.