The exegetical evidence for making an ordinary servant into a bondslave are set out two times in the Torah: Exodus 21, and Deuteronomy 15:17. It is extremely fascinating that right after the 10 Commandments, when God launches into His law, the very first thing He states is:

“When you buy a Hebrew slave, he shall serve six years, and in the seventh he shall go out free, for nothing… But if the slave plainly says, ‘I love my master, my wife, and my children; I will not go out free,’ then his master shall bring him to God, and he shall bring him to the door or the doorpost. And his master shall bore his ear through with an awl, and he shall be his slave forever.” – Exodus 21:1-6 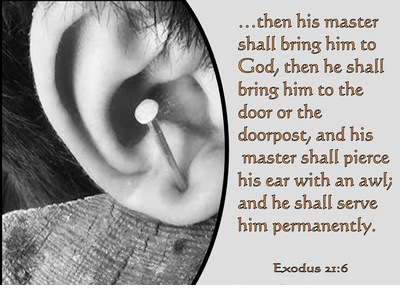 It does appear a relatively unusual custom, doesn’t it? However as is so frequently the case with the Bible, if you scratch a little below the surface area, there are all manner of reality treasures to be discovered. It’s a matter of asking the correct questions and firm observation.

Take the primary concepts of Deuteronomy 15:17 to start with: Nails driven through flesh? Blood on doorframes? Permanent piercing, with holes and scars for life? Does it sound at all familiar?! If you are beginning to see the parallels, great.

Piercing is a mark punctured in or branded upon the body. To ancient asian practices, servants and soldiers bore the name or the stamp of their master or leader branded or punctured (cut) into their bodies to show which master or general they accompanied, and there were even some followers who mark themselves in this way with the token of their gods. 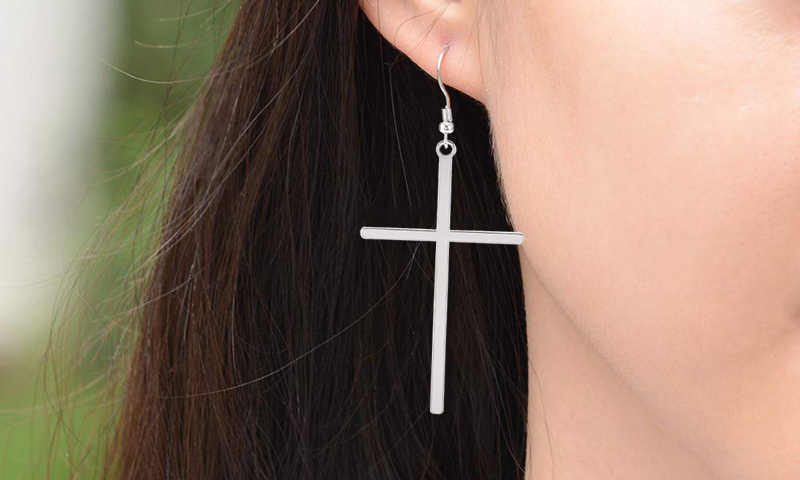 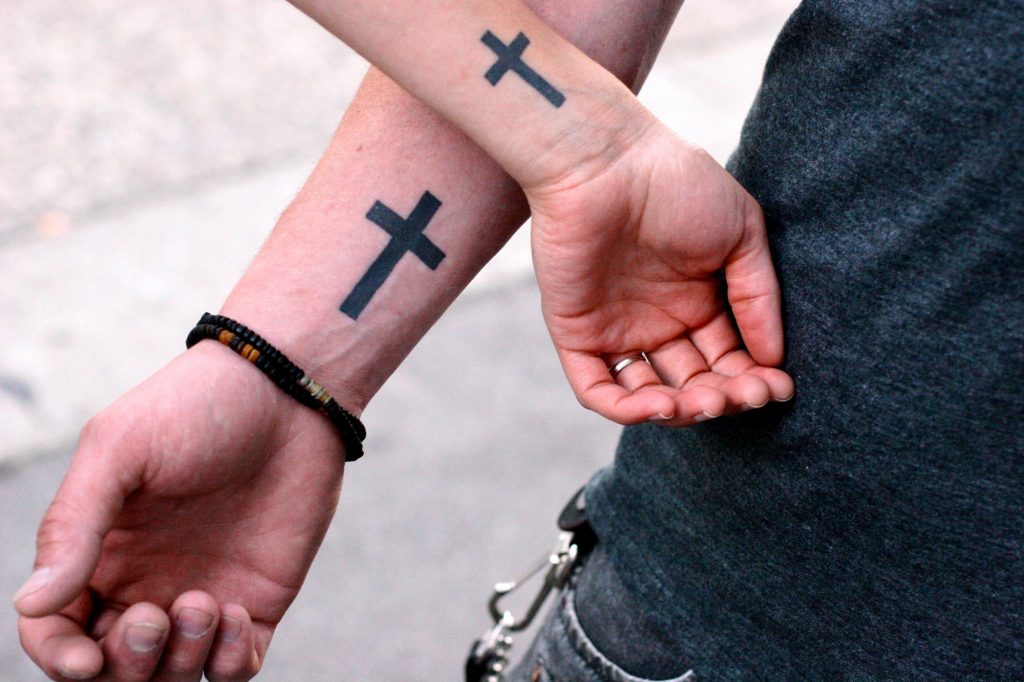 In Galatians 6:17, Paul is speaking about scars, marks, stigmas in his own body that mark him out as a bondslave to Yeshua. However Yeshua likewise has irreversible scars. His scars likewise happened from having His fleshed pierced on wood, as a result of love, and ready submission to serve. “Not my will, but yours”, He stated. “The Son of Man came not to be served, but to serve”. Yeshua is the supreme servant, whose marvelous scars all other scars can just be a shadow of.

“On the evening of that day, the first day of the week, the doors being locked where the disciples were for fear of the Jews, Jesus came and stood among them and said to them, “Peace be with you.” When he had said this, he showed them his hands and his side.” – John 20:19-20

He still has scars on His hands to this day, and forever – a permanent mark of His great love and willing servanthood, far beyond any conceivable call of duty.

Apart from Deuteronomy 15:17, the New Testament word for door appears 38 times, and is a fascinating study in itself. Yeshua says twice, “I am the door” in John 10: “Truly, truly, I say to you, I am the door of the sheep”, and again, “I am the door. If anyone enters by me, he will be saved and will go in and out and find pasture”.

A door is an entryway; a portal. It puts forth an opportunity to move from one environment to another. Isn’t that precisely what all of this is about? As a metaphor, a door can be used to represent opportunity, and “The door of the Kingdom of Heaven” is stated to represent the conditions which have to be adhered to in order to be accepted into the Kingdom of God. 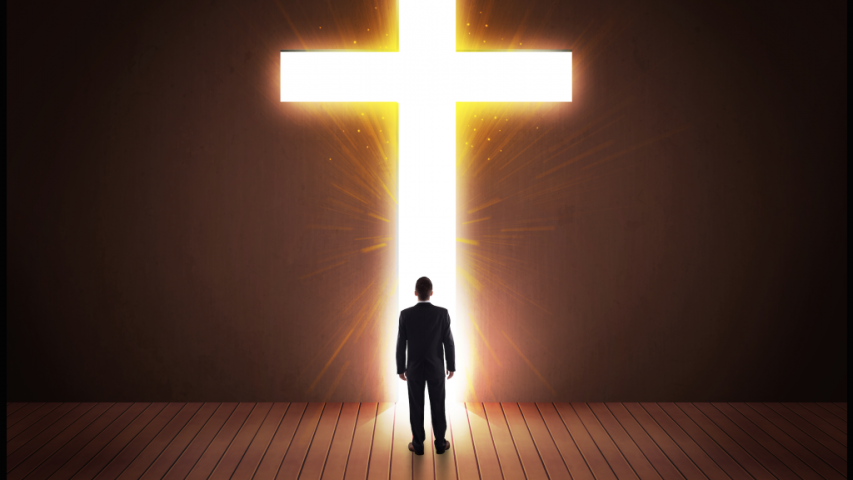 When we think about doorframes in the Bible, our mind is swept back to the Exodus story itself – a turning point in Israel’s history. The minute when the Israelites were freed from burdened slavery, and were released into liberty, where they voluntarily entered into a covenant with their God – to follow His commandments. Blood on the doorframe is among the most iconic picture of this transfer from slavery into following a brand-new Master into independence. The blood of the Messiah from His pierced flesh on the cross, the blood of the Passover lamb on the lintels, and the blood of the Servant who for love, consents to serve His Master voluntarily.

Crossing over the threshold, through the door, need to be voluntary. And Yeshua provides us with that opportunity. He IS that portal – He IS the door to the Kingdom of Heaven. It is no accident or mere matter of convenience that the servant is taken to a door for this ritual in Deuteronomy 15:17.

There is no separate word for obey in Hebrew; listen and obey are 2 sides of the very same coin! Our ears represent obediently hearing and obeying our Lord. Ear to the throne, ever prepared to hear God’s bidding and carry it out. 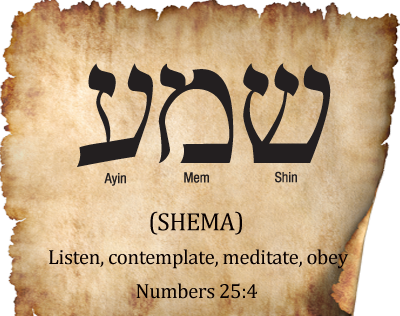 In conclusion, as with exegetical evidence for Deuteronomy 15:17, we are free – we are totally free to choose, however do you love the Lord so much that you will go to the doorway of decision and opportunity, Yeshua Himself, and bear His stigma scars in your own body, giving up the rest of your life to be God’s willing servant permanently? We surrender the right to call the shots – rather, we follow His directions. Our lives are not our own, however, we do not need to stress over what we will eat, drink and wear, but our Lord takes care of us, providing us everything we need to carry out his will.